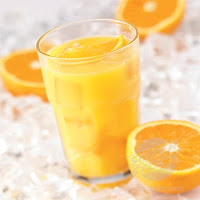 There are two types of diabetes, type I and type II. Type I diabetes is an autoimmune disease where not enough insulin is produced. While type I diabetes can occur in adult life it is much more common to be born with this condition. Since the pancreas of people with type I diabetes is not able to produce adequate insulin it has to be supplied as a medication.

Type II diabetes is also called adult onset diabetes because it usually occurs later in life, it often does not require the supply of insulin. People with this condition are still able to produce insulin even if they may not be producing as much as they used to. The problem with type II diabetes is what is called insulin resistance. Insulin resistance means that the receptors on the cells get less responsive (less sensitive) to the insulin. The insulin is for that reason not able to transfer the blood glucose (sugar) into the cells as effectively as it used to. Genetic factors can make somebody more susceptible to this problem, but high glycemic index foods and too little physical activity are major contributors to insulin resistance. High glycemic index foods are foods that are absorbed quickly and elevates the blood glucose high.

This may not be that strange since fruit juice is quite sweet. It takes a lot of fruit to make a glass of juice, you would usually not be able to eat that much fruit at one time.